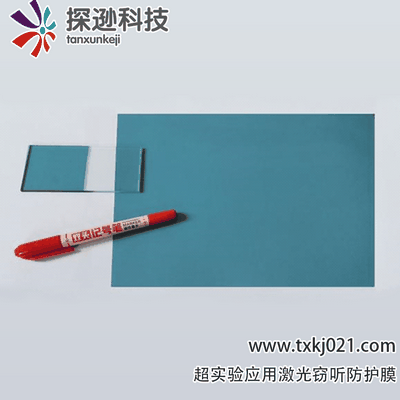 The laser eavesdropping blocking film developed by the company is made of a wear-resistant PET protective film layer and a multi-layer composite film with a specific wavelength of nano-absorbent material laminated through a special process; the product has high light transmittance and strong product consistency. Long service life, stable index and other advantages. The visible light transmittance is 58%, and the blocking grade is OD3-OD4. This product has been widely used in key parts such as the Military Commission and National Security Units, and has made outstanding contributions to my country's information security and confidentiality work. The laser wiretapping produced by our company is blocked.

The membrane has the characteristics of excellent performance, simple construction and strong performance. 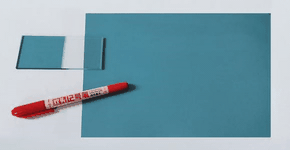 1. The surface anti-scratch layer can effectively cope with daily maintenance and is easier to clean than traditional coatings;

2. The nano-functional composite layer is located in the middle of the multi-layer optical PET film, and the function of the inorganic material is long-lasting and does not decline, eliminating the disadvantages of the traditional coating film scratching protection decline;

4. The laser protection for any incident angle avoids the limitation that traditional coating can only be protected from normal incidence;

5. The film materials are all optical grade and neutral color, and the field of view does not change color.

Visible Light Reflectance (VLR)-the percentage of visible light reflected from the surface of the filmed glass;

U—Value Winter Median "U" Value (U Value)—The Fahrenheit temperature loss per square foot per hour measured by the BTU meter through the filmed glass;

Tensile strength ——the tensile force required for a unit cross-sectional area film to break when stretched, given in pounds per square inch;

Breaking strength-the tensile force required by the unit width of the film when the film breaks, given in pounds per square inch;

Puncture Strength ——The force required to pierce the film with a special test needle, given in pounds per square inch;

Peel strength——the force required to peel the film from the glass surface at 90 degrees or 180 degrees per unit width, given in pounds per square inch;

Fracture elongation-the percentage of increase in the length of the film when the film breaks during the tensile test at break;

Explanation of related entries in this article

Laser Laser is another major invention of mankind since the 20th century, after atomic energy, computers, and semiconductors. It is called "the fastest knife", "the most accurate ruler", "the brightest light" and "singular laser." ". The principle of the laser was discovered by the famous American physicist Einstein as early as 1916, but it was not until 1960 that the laser was successfully manufactured for the first time. The laser came into being under the background of the urgent need of theoretical preparation and production practice. As soon as it came out, it achieved extraordinary rapid development. The development of laser not only gave birth to the ancient optical science and optical technology, but also led to The emergence of a whole new industry. Laser enables people to effectively use unprecedented advanced methods and means to obtain unprecedented benefits and results, thereby promoting the development of productivity. The downstream demand of my country's laser industry is mainly laser processing, optical communications, laser measurement, lasers, laser components, and laser medical treatment, with market shares of 43.5%, 25.7%, 14.3%, 6.1%, 4.8%, and 3.7%, respectively.